Suggestions
The cameras are really nice on the s22 Ultra, but I'd like to do more with them. For one, a photosphere mode would really bring a scene to life. Rather than just a single photo of a place, an entire area being captured would be nicer to share to others. The gallery natively supports viewing 360° pictures, so adding a photosphere mode would just work in harmony. This would work by putting the user in a 360° space and taking a capture, until the entire scene is in the sphere.
Another suggestion is being able to take a picture with any lens at the same time, ie ultra wide plus main shooter. Along with recording with other cameras at the same time. Directors mode does exist, but it is limited to the front camera and one rear camera with other selections. Single take is nice, but it lacks control of what part of images it takes after processing. I'd like to take a picture seamlessly on multiple lenses without having to zoom out in between shots, missing the moment isn't very ideal.
4 Likes
Share
Reply
5 Replies 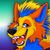 Suggestions
Interestingly, older Galaxy devices had the option to take a photosphere image, but that feature is no longer available - hopefully Samsung brings this back.
4 Likes
Share
Reply

Suggestions
THIS ^^
I utilized this feature so much on the s7, and I bet others would find it useful too in modern phones!

Suggestions
Yep! Especially with the bigger sensors in modern phones. 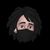 Suggestions
The director's view but with photos does sound nice! They'll probably remake single take but with different lenses
1 Like
Share
Reply