Discussions
Annoyed that I participated in the Beta only to be the LAST phone to get the official stable version. Not really understanding the benefit of testing betas and then being the last to get the stable release. People who didn't even test the software are getting it first. I guess that's the downfall of owning a unlocked version. Thus will be my last lab rat testing of software, due to the disrespect of the people who helped make it stable.
8 Likes
Share
Reply
11 Replies

Discussions
You can flash the Carrier firmware if you want to so not sure why need to rant about this.

Discussions
Hey Sebastian, where can I get the official firmware and do I use Odin to flash?
2 Likes
Share
Reply

Discussions
Might need the god with the patch. Most people go the other way tho since issue with the carrier vers is the bloat. You can adb most of it away but a pain in the apple just to get a official update.
2 Likes
Share
Reply

Discussions
Does that change the baseband and csc? Every firmware for 12 is from a different region on the site. What about the snapdragon and exynos versions? Idk.

I've also checked the date of some newer uploads and they're from 1/3. Maybe we'll have the official update by the end of the week
1 Like
Share
Reply 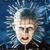 Discussions
Maybe we'll get the best, most bug free version since we were testers.
1 Like
Share
Reply

We are working on releasing an official update to our members as soon as possible. We apologize for the inconvenience and appreciate your contribution to the beta program.