Discussions
I have an unlocked Z Fold 3  and was wondering if it is possible to still get on the beta.
0 Likes
Share
Reply
6 Replies

Discussions
The sign up banner will be shown in Members, when there are slots available and if your carrier allows the beta
3 Likes
Share
Reply 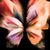 Discussions
I suggest wait for the stable version to avoid problems and bugs. I am also excited to experience the new firmware but I would rather to wait for the stable one right now 100% I don't have problem with the android 11. 😉
0 Likes
Share
Reply

Discussions
Unlikely. Samsung moderators have mentioned here that we will not be getting another test build and they are working on the official software which has already been released in South Korea.
0 Likes
Share
Reply

Discussions
As someone else mentioned in another thread, there's another issue they discovered.

I am beginning to think it's raw android. None of the other companies have been able to release their skinned versions either, along with even Google having issues with 12 on their devices. I think it's a waiting game at this point with all of the devices. There was an artillery about 4.1, but then there's the 12L. Who knows, it may be better for them to jump to another version, bypassing regular 12.

Discussions
Don't do it stay away
0 Likes
Share
Reply