Discussions
As we approach the stable release, I'd like to say that so far, I'm mostly impressed. There were days my S22 Ultra used to stutter a bit, and animations were laughable on the One UI 4, but so far my phone has been buttery smooth and since Beta 3 I haven't had any issues at all. This current beta made things silky smooth, so I think Samsung deserves tons of credit for it. I hope they keep working on it.
While I know my experience isn't that of all of y'all, I think the fact that posts on this app are so scare compared to betas in previous years, I think that's a good indication that it is the case for most.
I wish we had more customization, but the bits we got are useful and fun. I still pains me that Samsung didn't even include Android 13's most exciting feature, the dynamic media player which looks so fun, and so modern. So Samsung, if you're reading this, keep it up, and keep listening to your customers. The Pixel, not the iPhone, is your biggest threat at the moment, and I've seen a trend that people think of Pixel when they get mad at Samsung. All I'm saying is, listen to your customers.
12 Likes
Share
Reply
16 Replies 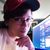 Discussions
No, Samsung does not deserve a lot of credit for smoother animations. They should've had this done 2 Android versions ago.
5 Likes
Share
Reply

Otherwise, if I were to be honest, OneUI 5 is really more like OneUI 4.5
There is next to no differences I can see using the phone daily. Being part of the OneUI 4 Beta was great, there were many changes that could be immediately noticed and the vast majority was quite satisfying.
This isn't necessarily a bad thing though, but I know SOME of you may argue differently. Maybe there weren't so many differences noticed because Android and OneUI have matured so much over the years. Sure, there are many things we still want, like I just want to change the default blue color to green and nothing else, but here we are.

Long post, but to sum up, OneUI 5 seems to provide less annoyance than previously, but I'm still left wanting. It will be nice to get GoodLock back when it's ready. Some of my annoyances will be alleviated then.
1 Like
Share
Reply

Discussions
How is the Pixel Samsung's biggest threat when it has less than 2% marketshare in NA? Apple and Samsung as of end of Q2 this year, has 48% and 30% respectively. Lenovo has 9%.

What makes Google a powerhouse in the world is Android and they'd be fine without Pixel.

Can you cite those trends, because in the past 3 years, Samsung has gone from 23% of US marketshare to 30 now while Apple went from 59% to 48%. Outside of the US the Pixel almost doesn't exist and Apple iOS can't hold a candle to Android. Samsung alone leads in global marketshare.
2 Likes
Share
Reply

Discussions
It is because Googles Pixel seems to be doing great in its software optimization and designs and fluidity. Indeed, their shares are lower compared to Samsung, because Samsung has a lot of teams and they manufacture a lot of parts that we even see in iPhones.
1 Like
Share
Reply

The entire Pixel line is a side project for Google.

It's only a matter of time before the intern running it decides to move on and the Pixel line will join the Google graveyard (RIP Stadia).

Google should stick to search and whatever other various projects they like to tinker with before abandoning and let real phone manufacturers stick to smartphones.

Discussions
If that were the case, then each successive Pixel phone would be worse than what came before. Looking at the reality, I see them upping their game by substantially polishing the design both HW and SW wise. Nobody would embark on developing their own chipset if they were not serious about the future.
0 Likes
Share
Reply

Discussions
Give it time, and the market share will start to change. The Pixel 7 Pro just came out. I was very impressed by it. Also, truth be told, Samsung would sell much less in the US if it didn't offer aggressive promotions and discounts (I paid 179 for my 256gb S22U directly from Samsung), you never see such offers in Europe, for instance.
0 Likes
Share
Reply