Discussions
I know it's not for everyone, but I have my reasons for wanting root access to my phone. For one, a personal philosophy: it's my phone- I should be able to do what I want with it. Speaking of which, right to repair laws dictate software modification is legal.  Thanks to the Magnuson-Moss Warranty Act of 1975, it’s actually illegal for companies to void your warranty just because you repaired or modified something yourself. So warranty being voided is not an issue.  Being able to access the bootloader went from a grayed out option to no longer being listed in the developer options.
Again, I know many people feel no need to modify their phones or the software that comes with it. My personal preference is that I want access to all the files and features on MY device; the same way I expect to be able to open the hood of my car and if I choose to change something I expect that to be my prerogative. If this phone and software continue in this direction I will simply take my business elsewhere.
0 Likes
Share
Reply
16 Replies 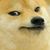 Discussions
I definitely understand that. I used to root every android device I got when I was younger. Literally every single one. Now I barely have a need to since most things I wanted root for are baked right in to the O.S. But I agree I paid 1000+ plus for my phone I should be able to do whatever I want with it.
0 Likes
Share
Reply

Discussions
Well, a few things not baked into the OS to my liking:

The host file
I really think advertisements are the cause of much of society's woes. Web browsers can use add-ons but individual apps are just awful about this. That ALONE makes me want to ditch this device. Exactly ^ the $1000 for this thing. I'm a former 'custom rom tester, reset my phone nonstop' guy myself, but today I'm mostly interested in blocking advertising on my devices. This is largely due to the fact that I'm trying to keep advertising away from my kids as much as possible, also I hate them. They eat up bandwidth, drain my battery, slow down the phone generally, and it's never 'this is a quality product that is reasonably priced' it's 'Do you remember being younger? What if you could capture that sensation and revisit it whenever life got you down? Mountain Dew underwear will help you feel like a kid again, and introducing new dew-dogs. The only hot dog with gelatinized Mountain Dew flavor-injected..."

Beyond that, I have a daughter with a disability. I know there are options for the screen protection to be less of a nuisance with enhanced touch detection. But she uses assistive devices that function through USB or require that I manually go in and adjust the touch detection and rejection to suit her dexterity, among other things.

It's not as though anyone could like accidentally root t h e i r phone or something. I gave up on iPhones when trying to jailbreak over and over became too much. I do not have a carrier locked phone specifically because I wanted to be able to access all of the bootloader and was happy to pay an upcharge for that expecting it to be there.

And I do think the car analogy is a good one. Can you imagine purchasing a car for $30,000 and not being able to change the default radio stations or something ridiculous like that?


Edit: I'm aware there are other ad blockers and I'm familiar with VPN and DNS adblocking. In some ways; that's sort of my point. I'm going to block advertisements anyways it's just going to use more of my battery and be less efficient then just editing the hosts file directly.

Also, I'm a bit of an audiophile and in the absence of a decent usb connection in my car, I'd like to up the Bluetooth sample rate.

**bleep** like that. Idk, I made the case for this before and then sort of crowded out of the room labeled some kind of like app store pirate or something for blah blah blah you can do all that with ADB but you really can't and I've been an Android User long enough that I've got way too many apps to worry about stealing any
0 Likes
Share
Reply

Discussions
I definitely remember the host file tweaking days, bricking my phone's and staying up for hours fixing them. As for ad blocking It is a serious issue that I would love to get rid of.

But the need to be able to unlock the device I paid for even though I have no need for it anymore would be invaluable.

I have the tab s7 and I recently unlocked the oem unlock in dev settings. So I might root it.
0 Likes
Share
Reply

Discussions
You can search for OEM unlocking in settings and it comes up, but it isn't even accessible if you click on it. But it exists somewhere in the system 😭
0 Likes
Share
Reply

Discussions
Yeah I see that oh, I really don't understand the reasoning behind is stopping people from doing that
0 Likes
Share
Reply

Discussions
I understand it. Like others, I used to root all my devices. The manufacturers & carries got tired of people bricking their devices and returning them for replacement. I'm on the side of end users though. We pay all this money for "our" devices but can't fully do what we want with them. It's like buying a vehicle and not being able to modify intake, exhaust, etc.
0 Likes
Share
Reply

Discussions
Well I never bricked anything. And people blow up their engines with bad fuel ratios, that doesn't mean it'd be okay for a car manufacturer to weld the hood closed. If I'd known it'd be this much of a pain I would have just got another pixel which I plan to jump to if this doesn't get any traction.

For the record, I joined the beta hoping the boot loader unlock option would be newly available like on the exynos model. I'm not complaining to complain. If they remove oem unlocking entirely, I'm simply going to a different brand. I don't need consolation or agreement or disagreement. This is my phone and I own it. I'll do whatever the he LL I want with it.
0 Likes
Share
Reply

Discussions
I didn't say you need coddling or any of that. You post a comment on a public forum so expect replies.

I was once told, "If you don't like it, don't come back." Yes, a different brand device is always an option. Enjoy your pixel because I doubt Samsung will even unlock their Snapdragon devices. The mass majority don't care about rooting and they won't cater to us in the minority.
0 Likes
Share
Reply

Discussions
They claim this is a security issue and won't unlock it. Therefore your options are yes, another vendor. They're trying to be Apple more all the time and it's sad. They forgot where they came from.
0 Likes
Share
Reply