Discussions
Samsung has still not fixed the SIM Card Manager reduced functionality in the beta.
The US and Canada are the last to get the eSIM functionality, the rest of the world has had it since the introduction of the S21 (and before.) The graphic I've attached to this posting shows what the SIM Card Manager interface looks like in the rest of the world - with separate toggles to set the preferred SIM separately for Calls, Messages, and Mobile data. This supports the very common use case where people will use one SIM for data and the other SIM for outgoing calls and texts (both SIMs always work for incoming calls and texts.)
For some reason, the version of the SIM Card Manager in the beta (and probably in the actual release) does not support this functionality. There is a toggle to select the preferred SIM - but only one toggle, and that sets the same preferred SIM for Calls, Messages, and data. So while the rest of the world gets 3 toggles, we only get one.
Presumably this would not be too difficult a fix, given that the SIM Card manager app in the rest of the world has the 3 toggles.
Samsung - please fix this.

Discussions
Yea, interesting the US phones are so far behind other markets
0 Likes
Share
Reply

Discussions
There is somewhat hidden functionality to select a default for calls and texts - must set the dame default for both, but separate from data. Go to the dialer, select the 3 dot menu, then call settings.
0 Likes
Share
Reply

Discussions
I forgot to mention in my post at the beginning of this thread - both the US models of the iPhone and Pixels have the ability to set the preferred SIM separately for data, voice, and messages. They also have an "ask every time" option.
0 Likes
Share
Reply

Discussions
Looks like the update to the Galaxy Note 20 for Verizon has the same inferior interface for its SIM Manager.
https://www.phonearena.com/news/note-20-5g-series-now-supports-eSIM-on-Verizon_id136413
0 Likes
Share
Reply

Discussions
I have raised these in my past posts. US Beta moderator said they would let devs know and of it matches with their view, they may implement it. I dont understand how come the view matches for rest of the world and not in the US. They are purposefully offering a half baked dual sim solution. This is ridiculous.
3 Likes
Share
Reply

Discussions
We need more people shouting at these so called devs to get this simple yet useful feature enabled. Else what is the point of having a dual sim phone? With just one preferred sim option, its as good as a single sim phone
1 Like
Share
Reply

Thank you for your post. We appreciate your contribution to the Beta community.

Discussions
How about in addition to the thanks for my contribution telling us it will be fixed - or if it won't be fixed, sharing the reason?
2 Likes
Share
Reply 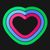 Discussions
Hi,
I also made a thread on the exact same issue. I think the Beta Moderator can only pass on the information and not actually decide what's being kept, developed or canned.
I think we should be appreciative that we have a pretty active Beta Moderator (or few under the same name).
0 Likes
Share
Reply