Suggestions
It would be better if the nav gesture bar float on top of the websites that we're viewing instead of sitting within a black bar. It would make for a more cleaner experience. Also the animations of opening and closing tabs could be better.
1 Like
Share
Reply
3 Replies 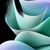 As @RoccoReviews mentioned Navstar does provide flexibility you are looking for. Unfortunately, NavStart isnt supported at this time during beta program but should be available after software update is released by carriers.

Suggestions
Yes but it would be very nice to have this natively enabled. The black and white background around the bar has always been a bit of an eyesore compared to ios which has a transparent background and hides the bar when an app is in use unlike one ui. The bar needs to be hidden when interacting with an app. This would remove the need to keep a background at the bottom of the screen instead, you would simply show the bar when swiping up from the bottom and start doing the gesture the user wants like going home or to the task manager. Not only would it look better but would also give a better open and close animation.
0 Likes
Share
Reply