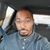 Tips
Not sure if anyone touched on this yet but if they haven't then I'll say it here. As I was scrolling through the settings I noticed a new battery setting which is called battery protect which will charge your phone up to 85% to conserve the health of the battery rather than charging it to 100% if that may be something that interest you I recommend checking it out.

Thank you for your Tip. We appreciate your contribution to the Beta community.

Tips
So I did see that, and I was going to try it but then I wondered, if it only charges to 85% wouldn't that mean it doesn't remain charged for as long? For instance, before installing UI 4 Beta, I could get 1 d 15 h out of my battery if charged up to 100% (now unsure until battery drain is fixed), but if it is now only being charged to 85%, wouldn't that mean I would have to charge more often?
0 Likes
Share
Reply

Tips
As someone whose recently begun maintaining charge level between 40% and 80% I really appreciate this feature. I become really annoyed when I become distracted and discover my charge is 100%. Limiting charges to 85% eliminates that problem.
0 Likes
Share
Reply

Tips
I'm happy Samsung decided to add this battery protection feature. That said, I wish they'd offer more options other than 85%. Maybe a slider between 80-95%? Allow the user to choose their level based on usage patterns.
0 Likes
Share
Reply

Tips
Can you describe how? I see how to select a specific battery level, but I don't see how you can tell the phone to stop charging.
0 Likes
Share
Reply