Discussions
Had my first instance of an app refusing to open/crashing on open today. My truck threw a code today, and even though I knew what it was, I wanted to clear it. My Blue Driver app (OBDII port reader) crashed each time I tried to launch it. I reached out to the app developer, wondering if being a part of the beta was a problem. Confirmed that it was, as they're working on a fix. So, I'll be waiting for the stable build for that little handy tool. ce la vie
0 Likes
Share
Reply
5 Replies

Thank you for your Feedback. We appreciate you reaching out to Blue Driver app team. 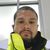