Google Messages for Web and Pushbullet not working in background

I've tried disabling "Optimize battery usage" for the Google Messages app as well as adding it to the "Never sleeping apps" list in Battery > Background usage limits settings screen but neither of those help.

I thought perhaps it was something wrong with Google Messages so I switched to PushBullet (which I used years ago successfully before Google released Messages for Web feature) but that app was having the same exact problem. Regardless of the battery usage optimization or app sleeping settings it would regularly lose connection to my phone until I unlocked the phone and/or opened the app on my phone.

This leads me to believe it is something with Android 11 or Samsung's One UI 3. Please help! 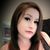 Yes it is my default texting app

Galaxy S21
Do you have Wi-Fi power optimization turned on? This causes my VPN to lose connection after a while when it's on.
0 Likes
Share
Reply

No the wifi power optimization is disabled.

Galaxy S21
Can you test if it stops working with Wi-Fi disabled? I'm curious if we can prove the problem only happens when it's connected over Wi-Fi or if it happens regardless of your data connection type.

This would tell you if you have a Wi-Fi problem or a problem keeping the application running.
0 Likes
Share
Reply

I'll give that a try, thanks for the recommendation!

Have you tried updating your phone and apps to the latest version? What software version/carrier are you on? (Settings > About Phone > Software Settings > Build Number [last 4 characters]) If the problem still persists on data, and your phone and apps are one the latest versions you can submit an error report through the Samsung Members app and that should help you! Good luck