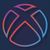 Suggestions
RAM Plus should be added to the total amount of available memory. In this case, it should be showing 8.3GB available instead of 4.3

Suggestions
They would if it were actually memory. Since RAM Plus uses internal storage as the virtual memory in RAM Plus, they will need to make the distinction between the two of them due to the inherent speed, quarry, and reading/writing capabilities. The actual memory is much quicker in all cases. From what I gather, RAM Plus acts as a storage for large files you're using with any particular app like a large map file in a game or graphics? I'm not 100% sure but either way there are a lot of differences between the internal storage chip and the Random Access Memory (RAM) that comes in the device. So that's why they gave it its own header :
RAM Plus (virtual memory) 4GB
Because they are so different they wouldn't dare add the two together and claim they were one in the same. Just my guess.
0 Likes
Share
Reply