Having the same problem with Samsung ice maker  freezing up not making ice.  I have to use the blow dryer to thaw it out weekly. It's been replaced by company I purchased it from, but the new ice maker they installed does the same thing. It's a default in factory refrigerator. All of them should have been recalled by Samsung. Samsung is coming out tomorrow to fix it again. We should all demand a replacement refrig.

We had the same problem, our Samsung ice maker kept freezing up in the back of the box. The ice box would get frozen stuck and couldn't be removed. Also the ice cube selector wouldn't change because the armiture was frozen in place and couldn't switch to cubed ice. Eventually the auger would grind and no ice would dispense. 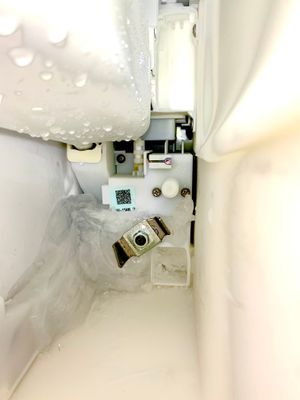 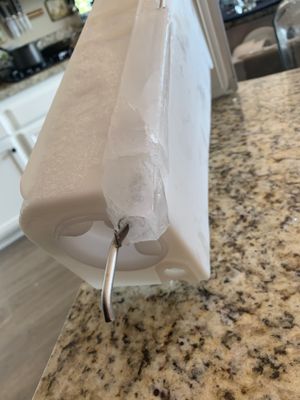 Samsung couldn't find a repair shop in our area to fix it, so we took matters into our own hands. First we had to defrost the ice box so that we could even get it open. There is no code that we could find to manually put the ice box into defrost. Apparently some models of fridge have this, but we could never figure out a code for ours. So we removed all the food from the fridge, got out the clothes steamer and defrosted the box. It took about an hour steaming the box before we could get it loose and remove it. 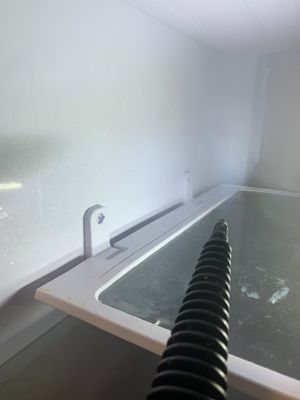 We'd read on this site that warm air could be entering the ice box causing the ice to melt and run down to the back and freeze up. We checked everything else like the water supply line, the clips around the cooling/heating element. Noting else seemed wrong. Samsung sent us the wrong sealant, some brown adhesive. So we sealed the box with 100% silicone instead. We used DAP 100% silicone from HomeDepot. It has a really low temperature threshold, well below the temperature in the freezer box. 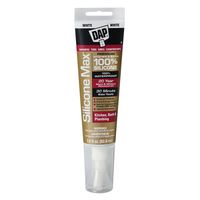 We sealed around the inside of the box and the outside. Anywhere there is a seam we just filled it with silicone. That probably did the trick, but we've read from some forums that they still had the melt/freeze thing happening even after they sealed the box. So we found this Duct Wrap also at HomeDeopt. It's sticky foam on one side and aluminum on the  other side used for air conditioning ducts.

We wrapped the ice box with this stuff. Our theory is that the box just needs to stay colder and this might help. It was super easy to stick on, but if I were going to do it again I'd make a pattern out of paper before I cut the duct wrap stuff. 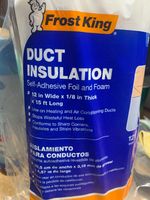 The brown line inside the box was the a little bit of the wrong sealant. some sort of adhesive that Samsung sells. Looks terrible, couldn't clean it out very well.
We also removed the shelf that attaches to the box cause we needed a place for tall bottles anyway. That's working better for us so we're leaving that shelf out. 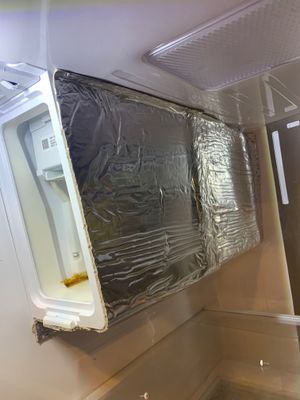 There is a class action lawsuit against samsung over their ice makers. It's been going on for two years at least. I'm not waiting any longer. I am taking them to small claims court in Los Angeles. If I'm lucky, I only have to put the fridge in FD (Forced defrost) mode two or three times a week to keep it producing ice. Eventually, I have to pull everything out and Defrost with a hair dryer.  And, they're still making these fridges and selling them.

Kitchen and Family Hub
I had this problem recently and called tech support. they sent a repair guy out and he Replaced a board and installed a brand new ice maker. Reset all my settings and no more problems. The repair guy was straight from Samsung.
0 Likes
Share
Reply
userKo6mPobX75
Constellation
Options

Same problem here, searching on google/YouTube I found thousands of customers complaining for the same issue. Samsung needs to recall and honor the repairs.

My ice maker hasn't worked since day 1 and now I hear that you have known what the issue is due to the water line being crammed in too far at installation by your employees. How come you didn't just fix this simple issue way back ? I also understand that you've been repairing these due to the class action suit surrounding this ridiculous issue. Mine needs to be repaired. This defrosting and using a hair dryer to get it work for 6 hours and freeze back up is insane. I've now watched a repair company fix an exact model as mine due to this law suit and the issue surrounding the repair is so minor, it  me off beyond measure that you've let this go on for so long. People pay you $3k for an appliance that you new was impaired and you've alienated your customers for doing business with you. The gloves are off and the bs stops today.

You'd have to contact Samsung personally to get something done.

How do I go about doing this ?

So our icemaker stopped.  Needs to defrost.  My questions are:

2.  How to reset the icemaker?

3.  How to stop the fd and return to regular operation?