Galaxy s7 gave up and turned itself off 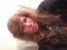 I was messaging someone on FB Messenger and my phone turned off literally while I was typing. Wouldn't turn back on, had 90% plus charge.  I googled it and "black screen of death" came up. I tried the volume down and home key down simutaneously then pressing the power button to no avail among a few other tricks. I took the SD and sim out as I thought perhaps 'virus'?

I ran and got my trusty old S5 and put it on the charger, got 20% pretty quick and powered it up, I put the SD card in it to see if the stuff on it was still there, it was but then that phone did the same thing, while still being plugged in. OH NO!

Let me back up a moment, my husband passed away a little over 2 years ago and all the texts, voice recordings etc are on both the S7 and the S5, so it was kind of a panic attack moment.  Luckily almost every photo was saved to the card, (shame on me for not saving stuff to the cloud, I know) I am super careful with my phone(s) especially since then! The S7 has always been in an Otterbox, and the S5 I never had any problem with even after it fell in the river years ago (in it's military grade waterproof case, hah) The only reason I got the 7 was the charging port was needing some help and a friend was selling their company upgrade 7 for cheap.

I did end up taking the phones, both of them to the AT&T store and they were useless, but I did get my 2013 Samsung TGGH cheapo phone to power up and take a sim.  Then I took both of them to our local guy Mr. Fix it guy and he tried a few things and said both phones are "done". He checked them both for any current and neither of them showed anything.  Of course, I was pretty heartbroken.

The reason that I am writing is to see if anyone else has had this happen, as well as to possibly help someone.  I placed an ad on a local FB group to see if anyone had any advice for me. most not, but a guy answered my post and he gave me some things to try and at least one of them has fully worked on my S5, which I have been using for the last 3 days and it works perfectly!

Here's what I did...(crazy as it may sound) I put it on the charger for 20 minutes, then wrapped the S5 in aluminum foil and stuck it in the freezer for 15 to 20 minutes and took it out, unwrapped it and did the down volume and home key, then the power and it turned on. All of my data was there, I quickly transferred the photos and audio to the cloud, and it turned off. dang it. I left it on the charger for about an hour and it was taking a charge, I tried it again and I was able to get my contacts transferred over to my son's phone.  Again, I left it to charge, it has been fine.

Now for the S7 (kicker) , I have not wrapped it in foil,(yet), but I did do the other stuff as with the S5, and I couldn't get it on. I put it back on the charger, but this time I put it in the fridge for 40 minutes, took it out, while still cold, I did the same button tricks, and nothing, then used the power up , home then power and it did turn on, a blue screen with the android showed up and it said intalling system update, then a caution symbol and "no command" showed and it turned off. ugghh.  I wasn't going to give up, so every so often i would try to power it up and finally I got to the screen that gave the options of rebooting, etc. I did he reboot.  All the while fearing all my precious memories were cyberdust. little by little I would repeat the process and it would get to the blue sphere AT&T symbol and shutoff.  I decided that I had gotten that far, I wasn't giving up.  It took a couple days but I did get it to completely power up, long enough to check and see if my data was still there, contacts, photos not on the card, texts were all there!!! I was trying to quickly transfer things and it shutoff. I have been able to do this a couple times, but I don't have anything to transfer the data to that is fast enough, yet.

As soon as my new phone gets here I am going to try again and use the smart switch to try to transfer everything.  A few more days for shipping and we shall see.  I will update after I try it.

The point of the whole thing is.  NEVER give up! Where there's a will, there's a way! Don't believe it when someone tells you "it's done" it ain't over 'til it's over.

Samsung phones and TVs are still my choice cuz they rock.  In fact, I have an old slide out keyboard non-smart phone, I think it was called Safari from 2010 and it still powers up, although I cant use it, the stuff is still on it. I also have a 47" TV that I bought early 2011 , it's been moved 6 times, twice long distance and it still works perfectly! Beats the tar out of my 2017 56" Vizio.

Hope this may help someone and please if you've had similar experience and you got your S7 back working or were able to transfer your data, let me know what you did.