No one can unlock (carrier) my S20, AT&T/Samsung no help

I purchased the S20 from Samsung. The website asks if you want unlocked or set to a carrier. I selected AT&T since they are my carrier. Now I'm trying to leave AT&T and for some reason they can't unlock it (getting the "Looks like the IMEI number you entered doesn't match an AT&T device). I've made multiple calls AT&T support and they suggest calling Samsung because they can't unlock it. Samsung says they have no way of unlocking it and to call AT&T. The phone is completely paid off, I don't know what to do. Literally just got off the phone with an AT&T csr who told me she would make a ticket and I'd hear from them within 48 hours. It took 5 minutes, I got an email saying "We are unable to complete your request at this time due to the following reason: The IMEI provided is not a valid AT&T IMEI". I can't seem to get anyone from either company to help. I don't know what to do and I'm beyond frustrated. How can I get this phone unlocked??

Galaxy S20
Have you had the phone with ATT more than 60 days?
0 Likes
Share
Reply

I have had it with them since early March. 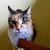 Galaxy S20
Are you sure the IMEI was entered correctly?
0 Likes
Share
Reply

Galaxy S20
May I ask whom you used? I've been trying to use "officalsimunlock.com" but they don't seem to be having any luck either. 🤬 I really wish someone from either AT&T or Samsung would step up and help but I guess thats to much to ask from large companies.
0 Likes
Share
Reply