I can only get the receiver to respond when actually selecting it as an input.

This has been discussed over and over again in this discussion.  These devices, e.g. my Denso receiver is connected via HDMI-CEC. This is obviously, as volume control works and the receiver turns off when the TV turns off.  What's not working is turning on the receiver when the TV turns on.  Since HDMI-CEC is working, and other TVs, e.g. Sony, do turn on the receiver, this is obviously a Samsung bug.  In fact, as has been pointed out, this is apparently a bug in newer Samsung devices only.  So it would be very nice if Samsung would just admit that this problem exists and fix the problem, rather than acting like its customers have no idea what they're doing.

Agreed - why won't Samsung admit this bug and work towards a fix? They seem to be the only brand experiencing these issues as others are reporting their TVs work perfectly with HDMI-CEC

I recently purchased a Q80t 65" Samsung and a Denon AVR-x3600h receiver.  Unfortunately, I am having the same issue - the TV remote will turn the TV and Receiver off, but will not turn the receiver on.  There are also other inconsistencies in the way that HDMI controls the receiver - HDMI Troubleshooting on the TV doesn't even show the Receiver is connected.  I called Samsung support, who reviewed all the tv settings (which were correct), and suggested I reset the TV.  Once this was done, things seemed to work for awhile.  This was short-lived, so I had the Q80t replaced by Best Buy.  The second TV is exhibiting the same symptoms, so I will also return this TV - my next TV will be either a Sony or LG.  I am extremely frustrated and disappointed, as the Q80t seemed to be an excellent TV otherwise.

Yes, extremely frustrating. I can't return the TV without paying a restocking fee. Samsung - you should be able to fix this! All other major TV brands turn on the receiver properly - why can't your flagship devices?

Still no solution from Samsung......

Don't bother they know about it and it has been an ongoing issue by now it should be clear that they are not going to resolve it. Maybe they don't care, maybe they don't know how, the reason is not relevant they will clearly take no action. I replaced my old Samsung after the screen failed with the latest model paying £500 extra only to realise I have to say goodbye to DTS support (not sure what the problem was as other brands support DTS but not Samsung), Smart View (for some reason new Samsung TV's are not supported and there is no alternative trust me tried dosens of progs to play my *.mkvs from PC to TV with flawless subtitle support none of them works as good as Smart View) and HDMI-CEC compatibility (with my Denon Amp). Always been a fan of Samsung, will never buy again. 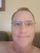 Same problem here.  It worked for awhile then quit.  Worked fine with my old Samsung TV. I have the QN85Q80.  I'm guessing the issue can be fixed with a simple firmware update whenever Samsung gets off their and addresses the problem.

Another one with the same problem.   Anynet is enabled, but turning on TV does not turn on receiver.   Connection is fine, as if I go into settings, I can change the sound to "receiver" and receiver turns on, and volume controls the receiver at that point.   And turning off the TV turns off the receiver.   It just won't send the "On" to the receiver when turning on the TV.   Frustrating.   Worked fine on my old Panny Plasma.   TV Samsung RU9000, Receiver Denon AVR-2112.

Same issue - my new Q80T controls my Denon X3500h amp fine with the exception of turning on the amp's power.  I spoke to a Samsung customer service person and he didn't think that this problem would ever be fixed.  Now I need to decide whether or not to return the 75" TV and buy another brand based on this issue.  To make it worse my installer told me not to by a new Samsung because he had expereinced this issue, and I assumed that it would surely be fixed.  I am really dissapointed in Samsung.