Its not for the Note 10 versions just the S10 line up.

Where do we sign up for the beta? Did it last year with the s9+ and looking forward to doing it with the s10+

It's been reported via Twitter that it will also be for the Note 10 series, but likely won't be rolling out until approx. The 25th of October.

If you have Sprint and T-mobile or Samsung unlocked device you'll need to go into the Samsung Member app. Under the you should see a banner regarding the beta sign up.

So what's the over/under on att getting note 10 plus android 10 beta? Anyone have any ideas ?

As confirmed by Samsung only Unlocked devices and on Carriers only Sprint and T Mobile would participate on Beta program, So At&t, Verizon and other Carrier devices won't get Beta update they would only get final Android 10 version after  it is officially released. So you would have to wait for Official Final release of Android 10. 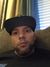 What if I have the unlocked s10 version but I'm on Verizon network?

Anyone know when we will get Android 10 beta?