How to stop items in recent autoplaying

I have a 55 inch 2022 Frame Tv and whenever I turn it on. It starts to autoplay the first item in the recent list. No apps ever get put in this list so Live TV is the only thing in it. Ideally I'd like to either disable autoplay or stop/remove live tv from displaying there at all as I never watch broadcast tv because it hasn't been relevant since 2001.

If you connected to a HDMI device, this stupid recent tab will autostart your HDMI device instead, which can be equally annoying or even worse. Let's hope Samsung listened to customer feedback or the UX team who designed this stupid feature will recover some common sense in the next release for OTA. 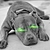 Unfortunately this solution won't work as I still want to open to smarthub on device power on, I just don't want the preview for terrestrial TV to autoplay (or even be in the most recent items).