Tablets
Just as the title says, cannot get my Tab S7+ to connect to the 5ghz channel of our Orbi mesh system. All tips greatly appreciated! 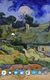 I think the question really should be posted in an Orbi forum.  For example: https://community.netgear.com/t5/Orbi/How-to-set-a-separate-SSID-for-the-5-GHz-network-on-your-Orbi/...

Tablets
hi, thanks for the heads up! spent the past 2 weeks working from the orbi side, and it appears to be an issue with the Tab S7+. Note 20 Ultra and all other 5ghz compatible devices connect correctly. wondering if there are some wifi settings inside of android to help force a 5ghz connection.

also, you can no longer split Orbi SSIDs, even manually. will always reboot and default to a merge on the new firmware.

Tablets
I received my TAB S7+ on monday.
I have seen the tablet connect to the 5GHz band but after going to sleep it slips to the 2.4Ghz band and stays there.
Even if i do some heavy bandwidth usage it stays on the 2.4GHz band.
Only when i turn WiFi off and on again will if connect to the 5Ghz band and stay there. After i am done and the tablet goes to sleep will it switch back to 2.4GHz band and again stay there once again.
I have more wifi devices that support both bands and they stay on the 5GHz band even in sleep.
I have Ubiquiti equipment and combine both the 2.4GHz and 5GHz bands to the same SSID. This has always worked on devices supporting both bands.
There seems to be an issue with the wifi module in the Tab S7+
1 Like
Share
Reply

I have reset the Network as described.

I obviuosly had to add my Wireless network again.

Upon reconnecting the Tab S7+ was on the 5GHz band. I listened to some music during a workout. Afterwards i put the tablet aside.

In the meantime i was monitoring the Wifi devices on my network and noticed that the Tab S7+'s connection went back to the 2.4GHz band.

I used some Netflix, Youtube and even did some speedtests to create bandwidth. The speedtest also showed that i was on the slower 2.4GHz band. Nothing made the tablet jump back on the 5GHz band.
This is really dissapointing for such an expensive tablet. Even my 5 year old Google Pixel C tablet does not show this behaviour and that tablet has a complete aluminium body surrounding it.
If this does not get solved i am returning this tablet because this is really not acceptable. The wireless connection is the underlying connection to each and every service on the internet. If that is stuck on the 2.4GHz band it cripples the device.

PM has been sent.