How do I file complaint against ubreakifix store?

It is not a complaint against Samsung product itself, but against their official repairing stores. I have been a long-time customer of Samsung Galaxy for the past 10 years. As a matter of fact, all my friends are using iPhones, and I am the only one still using a Galaxy phone.

About two weeks ago, I replaced phone screen of my S21 under factory warranty at UBREAKIFIX #688 - Carmel Mountain Ranch. Later I found out that the technician left some fingerprints inside the camera sensor, and I was not able to clean it from outside.

Since I do not have tools to open the cellphone back cover, I went to their store again and ask them to clean the fingerprints for me. The store staff refused to admit the fingerprints were left by their technician, and instead would charge me for the cleaning labor. When I refused to pay the amount she demanded, she asked me to leave the store.

The cost of cleaning was not the issue. If the staff at least admits their mistake and gives an apology, I actually don't mind paying the labor since I understand it will not be covered by warranty. However the store staff was rude and keeps implying I opened the cellphone up myself and left fingerprints on camera sensor. When I showed her how photos are cloudy and blurry from the camera now, she acted like it was no big deal, even it was their technitian who left the fingerprints there.

Worst repairing experience ever had. Wondering if Samsung actually can find better repairing stores for their customers.

Galaxy S21
I feel for you. My wife's phone is still at the one in Bellevue. They've broke 2 subsequent parts while fixing the screen. They offered to discount the new parts by 50% (the parts that were verified to work upon receipt). It's been two weeks and I still don't have the phone.
1 Like
Share
Reply

Sorry to hear that buddy. That doesnt sound like qualified technician to me. Mine at least got the job done, if there was no fingerprints left.

Hope you have your phone back soon! 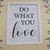 Galaxy S21
Talk to Aaron at the Carmel Mtn store tell him Amy sent you and be nice.
1 Like
Share
Reply
Solution

Galaxy S21
They should have been wearing gloves while working inside your phone. You would need to find their corporate contact info and complain there. You could also see if they're accredited by the BBB although I've found them to be rather worthless.
12 Likes
Share
Reply