screen auto change bluelight filter after update to one ui 2.0

I encountered the problem of screen blur and has the color like bluelight filter turning on after updating to android 10 and one ui 2.0. If I stop using for a while and turn on the phone ahain the problem disappeared but after a couple minutes the pproblem happened again 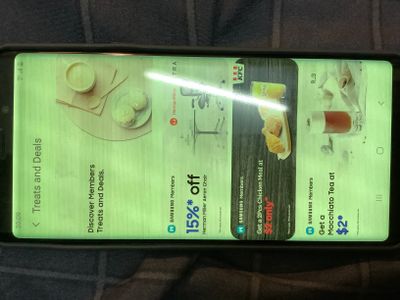 Galaxy Note Phones
This sounds like a hardware issue. You can back up and then restore to factory settings. If the issues persists have it serviced.
2 Likes
Share
Reply

Galaxy Note Phones
I'm having the same green screen issue, i called samsung service center and replaced display for 18000 INR for my phone, immediate next week I saw similar issue on my spouse phone. This looks like some kind of samsung display issue happing for all samsung phones. I don't want to pay for another display instead i'll go for one plus/iphone.I mostly use samsung products (TV, S6, Note 8 & Note 9), but This should be my last samsung product in my life time and for my entire family. Bye bye samsung for ever.
1 Like
Share
Reply

I encountered the problem of screen blur and has the color like bluelight filter turning on after updating to android 10 and one ui 2.0. If I stop using for a while and turn on the phone ahain the problem disappeared but after a couple minutes the pproblem happened again

I have a problem with screen.

This morning my note 9 started acting up, the display changes after a few seconds to become green, and dim with what look to be a bunch of thin, black, horizontal bars on the screen. When any animation happens, such as typing, scrolling in an app or menu, or changing between apps or menus the screen has a distorted lag like it keeps the previous few frames of animation on screen, enough to be very noticable, sometimes over second. When the phone is locked for a few seconds the screen is normal, but after a few seconds it turns distorted again and doesn't resolve.

I read about a similar issue with the screen being yellow and overheating back in March but this is not the same, not overheating and the discoloration is much different.

So far I have tried: 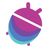 Same here, over heating.... but this green screen is random, a few times each day, but goes back to normal, sometimes I'm listening a whatsapp audio and the green screen kick in!

sometimes I just unlock the phone and gets green.... I locked and unlocked and goes away..........

I have same issue after Sept 1st update ...sceen gets Green and unresponsive randomly.....

This is it for Samsung devices for me after 10 years....

It's extremely frustrating that Samsung still hasn't fixed this issue for the Note 9. The only "work around" is to turn on 'always on display' and set it to always on. I also turn the AOD  brightness all the way down to conserve battery. Make sure AOD is showing before unlocking your phone.

just the same, i plan to switch to iphone after the launch of the iphone 12. no more samsung phone.

The screen randomly changes color for some strange reason. The blacks trunk into a blue/grey, the orange turns into a yellow. Blue turns into green. I checked the settings and i don't have anything on auto. Just my preference and that's it. I noticed this just after the last update and the issue appears to effect apps that are open as well. If anyone has a solution thanks