All Text Messages Not Transferring to S22 Ultra

Galaxy S22
I got my new S22 Ultra. I'm coming from a note 20 ultra. I am missing a lot of text messages, I am guessing because the note I was using the Samsung app. The s22utlra default is Google messages. My mom passed away and I want to keep her messages. Does anyone have any recommendations to get all my messages? 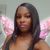 Galaxy S22
Great, I was worried for a minute. Thought it was a new over-reach by Google.
0 Likes
Share
Reply

Galaxy S22
Thanks again! The rest worked and I got all my texts. It took forever lol. I didn't realize I had that many text messages. I can't uninstall the Google app, I guess I will disable it
0 Likes
Share
Reply 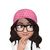 Galaxy S22
I found the issue when I moved to the flip3, the default setting for the messages app under settings/more settings/delete old messages to save space. It was too late by the time I noticed. Check your settings
1 Like
Share
Reply

Hi, nice to meet you. If it's ok for you to transfer text messages from a note 20 ultra to your new S22 Ultra from the computer via USB cable connecting, my suggestion is phone transfer tool like MobileTrans, Coolmuster Mobile Transfer, etc. Such tool can help us do that easily. About the details, you can search online. Please remember that such tool needs you to pay for it. Hope this will be your help.

Galaxy S22
Thanks, I will keep those tools in mind. I was finally able to get them. It took about 6 hours because I have so many
0 Likes
Share
Reply

Hiya,
I had the same problem, did some digging and found out what happened, at least for me. I realized that the messages that were not transferring were green on my phone screen, and the ones that did transfer were yellow. This meant that there was a specific issue with the RCS messages not being retrievable with the Smart Switch. Through some internet surfing I found out that if you Install SMS backup and Restore you can use that to transfer messages. I downloaded SMS B&R on my old phone, backed up the messages. Installed in on my new phone, and used Restore. It added in ALL of the RCS messages that Smart Switch could not because that program registers RCS messages in it's system.  Now every single message is now on my new phone.
Hope this helps someone else!