BLUE hour and GOLDEN hour are magical hours in photography

Better viewing in your favorite browser.

What is the Golden Hour ? *

In photography, we call "Golden Hour" the time of day when the light atmosphere is very colorful. These moments are at sunrise or sunset and we then find predominantly orange, yellow or pink tints. During these times, the shadows are also softer, less pronounced and more elongated than during the full day.

Because the Golden Hour light gives a warm atmosphere to photos, it is naturally very popular with photographers. This time slot of just a few minutes allows you to considerably beautify a place that is at first glance bland or uninteresting when it is in the middle of the day.

Here is one of those magical moments that I was able to capture, the colors went from orange to gray then to mauve then to pink in a few seconds and the sky seemed to be ablaze as a volcano in full swing would have done. eruption. It felt like the sky was ablaze like it was the end of the world

If I had known that it would have been so intense, I would probably have chosen the video mode rather than the Pro mode but since it was the 1st time that I saw such an explosion of colors during the golden hour (and I am very old), I'm still happy to have been able to capture these magical moments for you to enjoy. 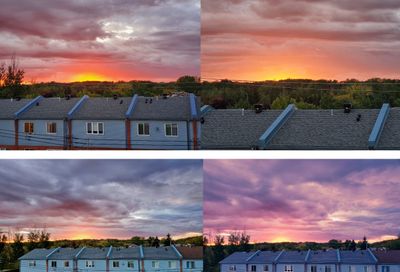 Most of the following pictures are coming from @GusB Essex 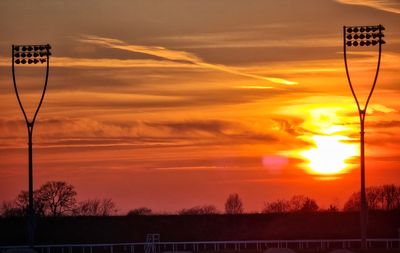 Other even more splendid photos will be added in the coming days but here are some samples. These photos were given to me by Paul Saward who took them on his Galaxy S21 Ultra ...

Photos taken in Essex by Paul Saward, another Samsung's Members 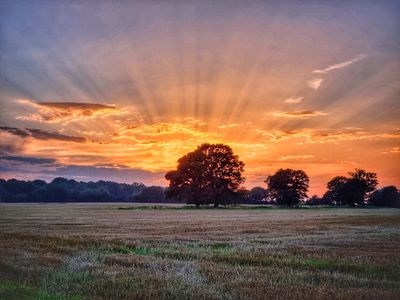 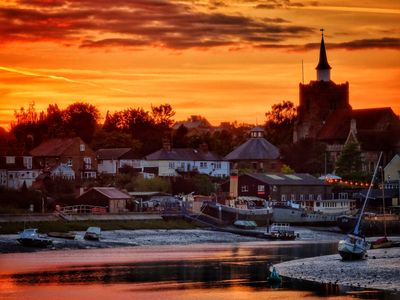 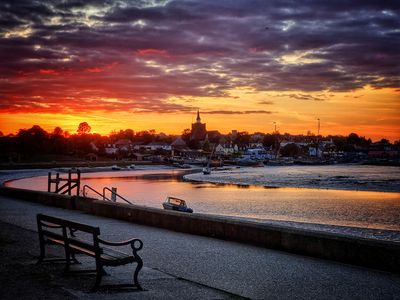 As you can see. pictures were taken with a low ISO to prevent Grains in the picture. 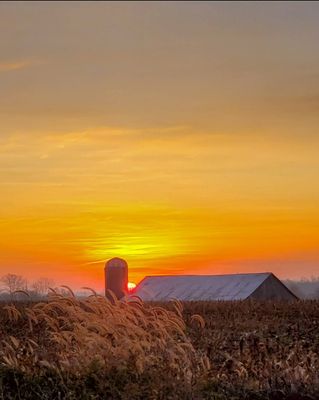 What is the blue hour? *

The blue hour, also called "between dog and wolf", takes place twice a day: at dusk and at sunrise. This unique moment, which lasts about 30 minutes, is particularly popular with photographers, when the sky turns a particularly deep and saturated blue.

Contrary to what one might think, the blue hour lends itself very well to smartphone photography. Eminently “Instagrammable”, this unique moment is an excellent opportunity to discover the functionalities of your photo application and to learn how to optimize the settings. The contrast of lights and color between the sky and the earth sublimates this kind of photos, giving it a poetic power. (Source Frandroid) **

If i check in the Blue Hour Website, it gives me this. Blue hour is starting at 20.13 to 21.01 and like we know that Golden Hour preceed Blue Hour at this time, we can easily says that this picture was took in the Golden Hour.

Here  was the BLue Hour time for  Maldon

To find the blue hour in your area, click here: BLUE time according to your region

We can clearly see that the Blue hour preceed the golden hour in the morning and follows that of the evening this which gives you the exceptional opportunity to take wonderful photos in a short period of time. You will also learn that the best part of these magical 2 hours sometimes only last a few seconds and you will see that it is simply magical. 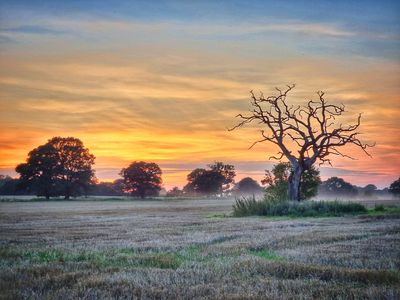 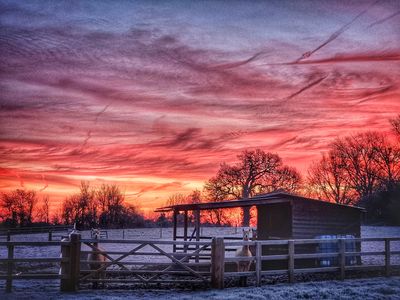 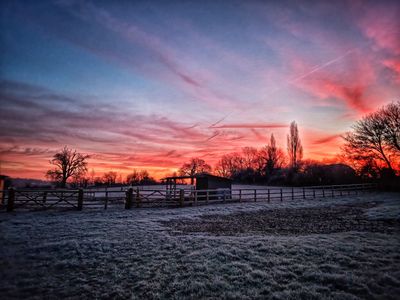 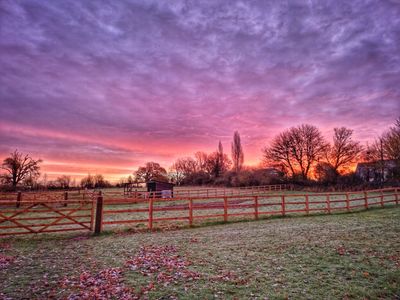 Only a few minutes left to be in full Blue Hour 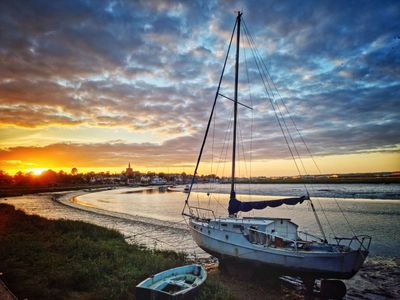 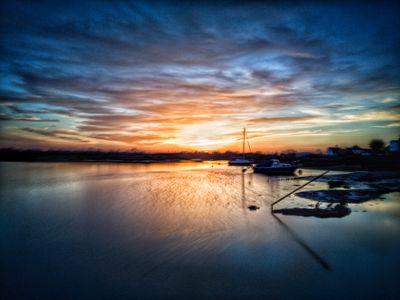 And on this one, I've included the adjustments that Paul chose to make his photo. You will notice that he has set the ISO number to 50 which allows him to have fantastic non-grainy photos with the best image quality that the camera can allow (Photo taken in Pro Mode and possibly with a tripod) 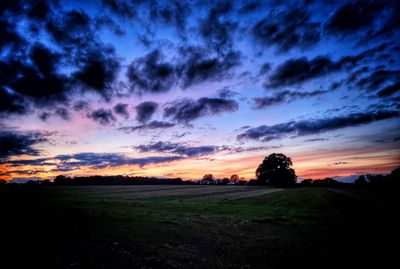 This one was not take with ISO 50 but with ISO 640 and badly we can see grains when enlarge comparatively to the other one that are clear when enlarge. Refer to Pro mode to learn more about it ...

And when the sun is completely down or just before it rises, we are at Blue Hour which allows us to take pictures out of time as if it had stopped for a period of time. pose before night takes over or life begins again. 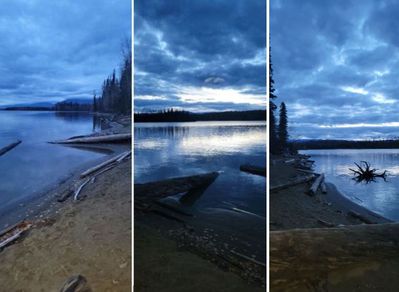 As you can see, i'm following many Samsung's Gallery

Look at the rocks and the sky, they are BLUE...I was really surprise of the quality of those action's  images and i tought it was a Snapshot taking in a video and i was wrong. Great pictures Terri !

The next one is from Mark Chern (Ma) and this picture won many prizes.

I'm waiting for the original for a better viewing but we can already say that it's a wonderful picture. 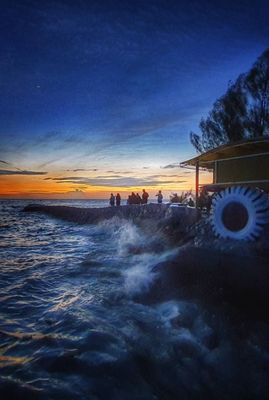 * Normally I do not copy the text of other authors, I just compare their definitions with mine ... but this time, I took the definitions given by Frandroid because I found them well.

You might end up with a very grainy  image using normal Photo mode and this might spoil a scene you will never see in your life. When you want to take pictures in these magical hours, you have to be prepared and have spotted well before, choose the right mode and have a tripod so as not to miss anything like in this photo: 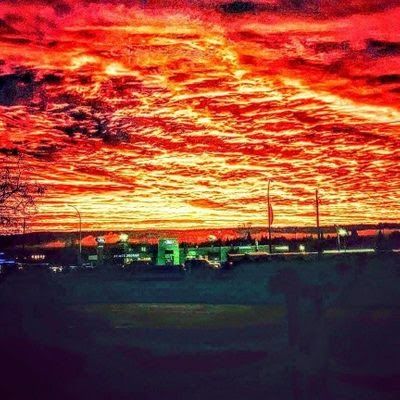 Grainy as you wish and not recoverable. Click on the following image to enlarge and see all grains in this picture. 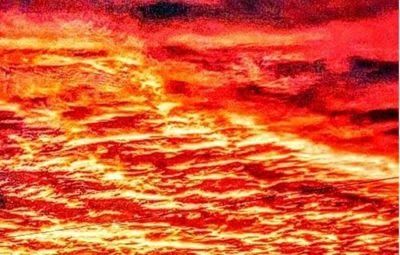 The scene could have been magical, what sadness!

Creator
Wow, thank you for the really great post! I'm excited to try out your tips with my new Galaxy S22 Ultra.
0 Likes
Share
Reply